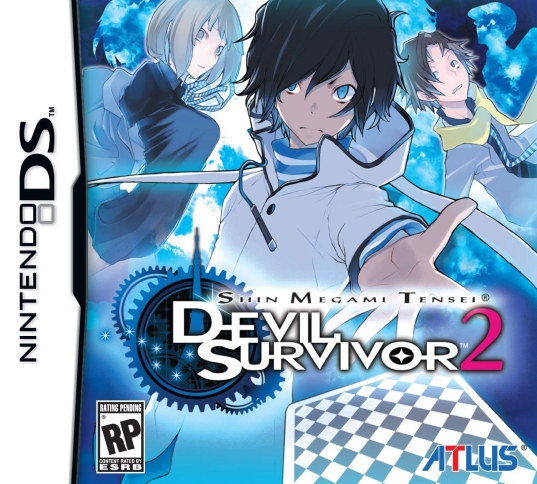 NIS America has announced that Shin Megami Tensei Devil Survivor 2 will be making it’s way to Europe on October 30 for the Nintendo 3DS with English voiced dialogue. The game will be launched as both a physical and digital release, so you’ll be able to download it online or purchase it in-store. Shin Megami Tensei Devil Survivor 2 will also be published by Atlas Inc. in North America following the European release.

Before the apocalypse, a group of thrill-seekers registered to a website that claimed to deliver fake videos of their friends being killed. These videos had some kind of other meaning behind them though, and as people tried to understand the true meaning of the videos, an alien invasion forced humanity to struggle to survive.

For the protagonist and his friends, it’s up to them to stand up for humanity. The very same website ends up downloading an app onto their smartphones, and it has the ability to summon demons. These characters manage to learn how to tame the demons, and they’re given the chance to save the future of humanity. The choices the player makes as the protagonist could help save the world … Or seal the fate of their friends.