First comes loveâ€¦then comes marriageâ€¦.then comes VIDEO GAME COUPLESSSS!!! With Valentines Day around the corner, I wanted to make a compilation of my personal favorite couples in gaming. I am generally partial to the classics, so most of my choices tend to be fairly old school, but I just think it shows the timelessness of solid video game relationships (and those lucky bugs never have to age eitherâ€¦rude.) Heres a top 5: Perhaps the oldest and most classic of all video gaming couples, I think Mr. and Ms. Pac-Man definitely deserve a spot on this list for being the first in a long living genre of romance in gaming. Although prominence isnt entirely placed on the two as side-by-side partners in the games, as the levels are played as either one or the other, their relationship is made clear by the intermissions in Ms. Pac-Man. Its nice to see a relationship develop in a fully 2-dimensional arcade game from the first meeting to the storks arrival with a Pac-Kid, and I think Ms. Pac-Man is awfully new age for avoiding the Mrs. title. For one, I love Tifa. For another, I despise Aeris and always have (dont hate spam me, Cloris fans). Although Clouds true love has always been up for debate, I think its pretty obvious that fate and a certain person named Sephiroth made it pretty difficult for a Cloud and Tifa relationships to be a part of destiny. Ill leave the spoilers at that. Either way, regardless of logistics and potentially terrifying fetishes, Tifa is just a better match. She doesnt throw herself at Cloud, shes a much better fighter than Aeris, and she sticks by Clouds side even when shes confused about his true nature. Shes not afraid to be herself, even if she is a little shy in opening up about her feelings. She shows up for me every time the Gold Saucer date comes around, and rightfully so. 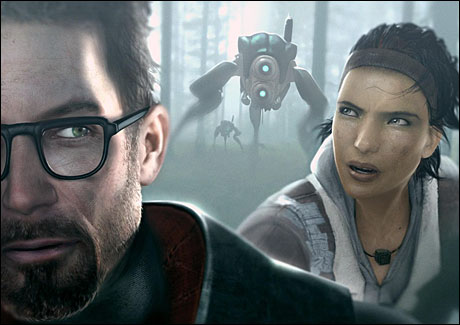 So sometimes their relationship might be a little clichÃ©. I think thats perfectly fine. After all, everyone loves an opposite attracts girl-saves-guy-guy-saves-girl story. Although the two have quite the age gap, as they met when she was an itty bitty child and then didnt see each other for twenty years, theres something cute about the combination Alyxs bubbly, loud personality with Gordons well, muteness. Also, the way Alyx is one of the fair and few who can really get to unleash the real Gordon is something every girl secretly aspires toI mean, who hasnt been in the situation where they thought they were going to be the one girl that could change the guy and tame the bad boy? Luckily, video games are fantasy, and Alyx gets to do just that, resulting in a classic gaming couple. 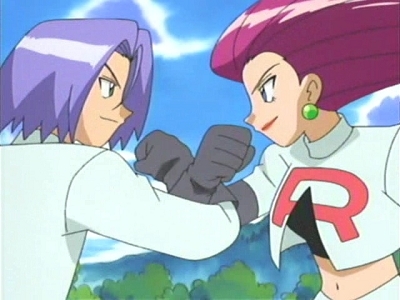 Although theyre not so much a couple in a romantic sense, at least not in the animated series or the games, I always loved Jessie and James and thought they were such a dynamic duo, even in the face of relentless defeat. And thats what is so great about them! No matter how many times Team Rocket blasted off again, the two stuck by each others side, in their own little family with their childlike Meowth. Thats the best part about the concept of couplescouple means two, it doesnt have to mean romance or sex. The friendship between the two makes me personally admire them as one of the best couples in the industry (and apparently they do get married in the Manga, but I havent read that so thats another story, I guess).